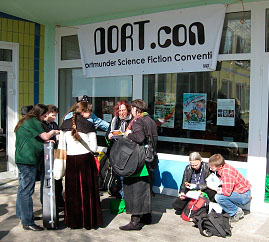 For 2017 Dortmund, a city in Germany, plans an Eurocon-bid! – So of course Europa SF wants to know more about this and the man who can tell us is Arno Behrend!

Europa SF: Hi Arno, thank you for this interview! Before we start, I would like to introduce you to our readers: So you are of course a science-fiction passionate, otherwise I wouldn´t have asked for such an interview. You used to work for various zines, you are an author and just launched a new story collection, but today I want to talk about something else, the Eurocon-bid 2017 for Germany. You are obviously the ringleader to this. Can you please tell us which conventions you organized or supported as a gopher so far?

Arno Behrend: My career as a conrunner has started with the SF-Days of Northrhine-Westphalia (SF-Tage NRW), an annual convention based in Cologne, Düsseldorf and finally Dortmund. I was a part of the team seven times from 1992 on. The last SF-Tage were the Eurocon of 1999 during which I mainly worked as host and interviewer on stage. DORT.con became the new regional project after the SF-Tage were shut down. Next year’s DORT.con in March will be the 8th convention under this new label. I have been chairman from the start. As a gopher I was working at Worldcon Intersection in Glasgow 1995, which was a great experience. Occasionally I worked for Elstercon in Leipzig as an interviewer or translator. 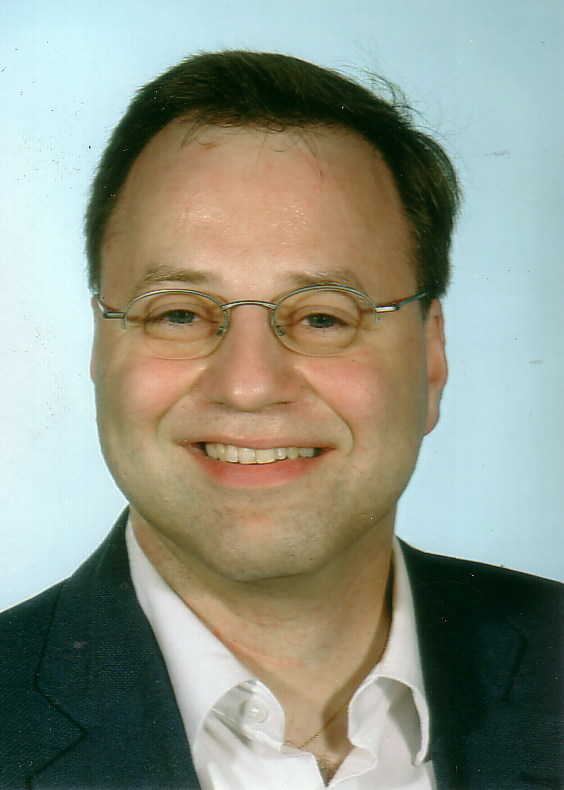 Europa SF: And who are the other members of the bidding team?

Arno Behrend: We are eight dedicated fans, who have been working now for DORT.con in this constellation for 13 years. Torsten Frantz is our treasurer, Astrid and Michael Ehrt, Irma Leu and Utz Benscheid are dealing with various organizational aspects of the convention. These guys have all been around, when we did the Eurocon of 1999. My wife Gabriele is the very inventive programme head. The only “newcomer” in the team for years now is Lars Adler, who has volunteered to become the head of our tech staff. We are aware, what a bulk of work is waiting for us, should we win the bid. So we have already discussed with a lot of sf-fans in Germany how this adventure can become a “national task”. Thomas Recktenwald for example is one of our most experienced fans when it comes to international contacts. He has already agreed to become the head of foreign legion. The Elstercon team is famed for its wonderful publications and wants to help with the programme or souvenir book. The same is true for the p.machinery publishing house. We are supported by our national sf club SFCD. Other fans are specialized in languages like Russian and are going to help. We will not treat this effort like the usual DORT.con. The basis to cope with the task this time is much stronger. 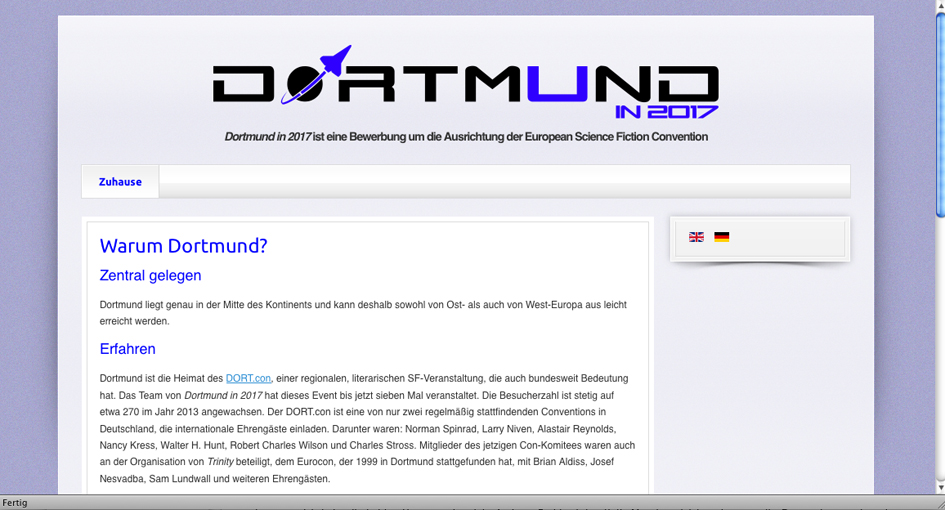 Europa SF: The location is in Dortmund. Unlike many other Eurocons, the city for the bid is not the capital of the host country. So why Dortmund and why do you expect the attendants to enjoy this city?

Arno Behrend: First of all, Dortmund is the home of DORT.con, a very successful biannual convention, which has international guests of honor each time. The Fritz-Henßler-Haus is an excellent venue, a building which has been planned for events like this. Dortmund is fascinating because of its change from the traditional coal, steel, football and beer background to a modern day metropolis. You can see this at various interesting sites, which used to be coal mines or steel factories and are now parks, museums or other cultural venues. And of course football and beer are still there.

Europa SF: Are you planning some program beside the convention (maybe on a day after it for the fans who are still there or at one of the evenings of the events), probably a guided walking tour or a visit in a local museum …?

Arno Behrend: There are first ideas for this. No fixed plans have been made however yet. First of all we want to win the bid.

Europa SF: So far, I have noticed other future Eurocon-bids, but none for 2017 except for Dortmund. Do you think other countries are avoiding this date on purpose?

Arno Behrend: To be blunt, yes. Among the very useful advice, we have received from various people was the suggestion of British fan Jonathan Cowie to go public as early as possible and to be present at every Eurocon, so that other committees will avoid competition and look for other years from the start. That’s what we are doing since Kiev in 2013. As far as I have been informed, other decisions were made for instance in the Baltic because of this strategy.

Europa SF: Your homepage is both English and German, so I expect you to have panels in these languages. But beside that, there are two more official languages in the European Science Fiction Society, that is in charge for the Eurocons. Could you imagine offering panels in Russian and French as well?

Arno Behrend: Not at the moment, because I think this will always exclude a part of the audience. We will rely very much on English as the lingua franca of science fiction fandom. There will be some translations into German, so our regular audience will profit from the chance to have the European  fandom in our city and to learn from it. Apart from that, only a small number of special items will be in German, like SFCD business meeting and the like. Panels about German science fiction classics, which every German fan knows very well but which might be something new for the European audience are planned to be done in English only.

Europa SF: Well, you know a lot of German fans are mocking around that science-fiction will soon cease to exist in their country. You are German as well, and I think that you did not lose your believe in the genre so far. But being confronted with so many depressive thoughts among your landsmen, how do you manage to keep your path and make such an ambitious project like the Eurocon-bid?

Arno Behrend: What depressive thoughts? Obviously, we are not talking to the same guys. Now that Heyne-Verlag has diminished its output in science fiction, more small press publishing houses have come up instead with printing books of writers I have known for some time and who wouldn’t have had this chance back in the Nineties. Today’s German sf is not only consisting of Perry Rhodan and foreign stuff, but also of novels from Andreas Eschbach and Frank Schätzing, writers who are good storytellers, doing serious, sophisticated sf and get their books sold! One, The Jesus-Video, was made into a tv-movie. I have my collection in print myself. There are dedicated story magazines like Nova and Exodus. I really have seen worse times than these! What keeps me going, next to other things, is to get to know writers from different countries personally, especially those I used to read before. I didn’t expect, that Larry Niven would sing “Happy birthday” for me in Klingon one day, but it did happen.

Europa SF: So what if another fan thinks that Eurocon 2017 in Dortmund would be great, probably someone from a foreign country, but probably someone living next door: How could this person support your bid?

Arno Behrend: Join us as presupporter, go to the next Eurocon in St. Petersburg, join the floor vote for the site selection and raise your hand for Dortmund!