Since “Expanse”, I’ve been on the lookout for an equally sophisticated treatment of space exploration—something that doesn’t slide into horrific mind-numbing and gut-wrenching insult to the senses, unrealistic character twists and visceral shock devices. Something that delivers…

Season 1 of “Missions” has delivered in so many ways. Created by Henri Debeurme, Julien LaCombe and Ami Cohen, this French series on the exploration of Mars has so far explored human evolution, ancient history, trans-humanism, artificial intelligence, and environmental issues in a thrilling 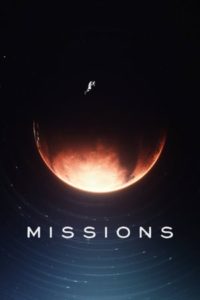 package of intrigue, adventure and discovery. From the vivid realism of the Mars topography to the intricate, realistic and well-played characters, “Missions” builds a multi-layered mystery with depth that thrills with adventure and complex questions and makes you think long after the show is finished.

The first episode of the series starts with a real tragedy: the first human to die in space flight; the 1967 fatal crash landing of the Russian Soyuz 1 piloted by Cosmonaut Vladimir Komorov. In a stirring article on National Public Radio, Robert Krulwich provides incredible insight into this historic tragedy:

Starman by Jamie Doran and Piers Bizony, tells the story of a friendship between two cosmonauts, Vladimir Komarov and Soviet hero Yuri Gagarin, the first human to reach outer space. The two men were close; they socialized, hunted and drank together. In 1967, both men were assigned to the same Earth-orbiting mission, and both knew the space capsule was not safe to fly. Komarov told friends he knew he would probably die. But he wouldn’t back out because he didn’t want Gagarin to die. Gagarin would have been his replacement.

The story begins … when Leonid Brezhnev, leader of the Soviet Union, decided to stage a spectacular mid-space rendezvous between two Soviet spaceships. The plan was to launch a capsule, the Soyuz 1, with Komarov inside. The next day, a second vehicle would take off, with two additional cosmonauts; the two vehicles would meet, dock, Komarov would crawl from one vehicle to the other, exchanging places with a colleague, and come home in the second ship. It would be, Brezhnev hoped, a Soviet triumph on the 50th anniversary of the Communist revolution. Brezhnev made it very clear he wanted this to happen. 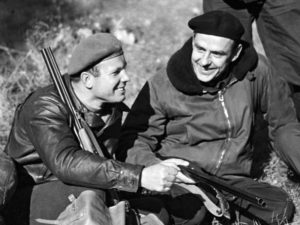 The problem was Gagarin. Already a Soviet hero, the first man ever in space, he and some senior technicians had inspected the Soyuz 1 and had found 203 structural problems — serious problems that would make this machine dangerous to navigate in space. The mission, Gagarin suggested, should be postponed. The question was: Who would tell Brezhnev? Gagarin wrote a 10-page memo and gave it to his best friend in the KGB, Venyamin Russayev, but nobody dared send it up the chain of command. Everyone who saw that memo, including Russayev, was demoted, fired or sent to diplomatic Siberia.

With less than a month to go before the launch, Komarov realized postponement was not an option. He met with Russayev, the now-demoted KGB agent, and said, “I’m not going to make it back from this flight.” Russayev asked, Why not refuse? According to the authors, Komarov answered: “If I don’t make this flight, they’ll send the backup pilot instead.” That was Yuri Gagarin. Vladimir Komarov couldn’t do that to his friend. “That’s Yura,” the book quotes him saying, “and he’ll die instead of me. We’ve got to take care of him.”

In the opening scene of “Missions”, we never see the actual crash landing; instead, as Komarov hurtles to the ground, he suddenly sees a strange white light and then we cut to the present day. Now in an alternate present day, the international crew of the space ship Ulysses is readying for its journey to Mars. Days before the mission take off from Earth, psychologist Jeanne Renoir is asked to replace the previous psychologist who died suddenly in a freak accident. 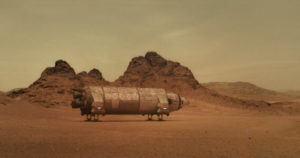 The eccentric Swedish billionaire, William Meyer is also on board the Ulysses. His goal is to be the first mission to land on Mars. However, shortly before they are scheduled to land, the crew discover that Z1—a ship sent by charismatic Ivan Goldstein of rival corporation Zillion (partnered with NASA)—has overtaken them and has already landed on Mars. But the Z1 crew have not been heard from since sending a cryptic warning: “Don’t come here. Don’t try and save us… It’s too dangerous,” an intense Z1 astronaut warns.

After a rough landing through a major dust storm on Mars, the Ulysses crew struggle to fix an inoperable computer system (Irene) and life support system aboard their shuttle, which was presumably damaged by the landing. While not expecting to find any survivors of the Z1 crew, part of the Ulysses crew head to the Z1 landing site in a rover, looking for parts they can scavenge to power their shuttle. They find only remnants of the Z1 ship. Then they discover someone alive in the Martian desert. They presume he is from the American team but he insists that he is Russian and that his name is Vladimir Komarov… 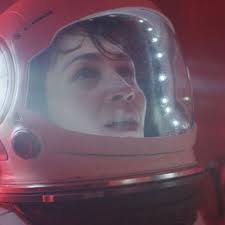 So begins this surrealistic mystery that transcends history, identity and our concepts of reality with tantalizing notions of Atlantis, the mythical metal orichalcum, DNA as data and much more. The first season of “Missions” focuses on Jeanne Renoir as she unravels the mystery of Mars; a mystery that ties her inextricably to Komarov. Who, what is he? Surely not the dead cosmonaut resurrected from 1967?

After Komarov mysteriously leaves the ship and leads the small search party to a mysterious sentiently-created rock slab, the ship’s computer describes the hieroglyphs as ancient Earth-like. It’s conclusion is that “either someone was inspired by our civilizations to build it…” “Or our civilizations were inspired by it,” finishes Jeanne.

From the beginning, we glimpse a surreal connection between Jeanne and Komarov and ultimately between Earth and Mars: from her childhood admiration for the Russian’s heroism on Earth to the “visions” they currently share that link key elements of her past to Mars and Komarov’s strange energy-giving powers, to Jeanne’s own final act of heroism on Mars.

As the storyline develops, linking Earth and Mars in startling ways, and as various agendas—personal missions—are revealed, we finally clue in on the main question that “Missions”—through Komarov and finally Jeanne—is asking: are we worth saving?

Nina Munteanu is an ecologist and internationally published author of award-nominated speculative novels, short stories and non-fiction. She is co-editor of Europa SF and currently teaches writing courses at George Brown College and the University of Toronto. Visit www.ninamunteanu.ca for the latest on her books. Nina’s recent book is the bilingual “La natura dell’acqua / The Way of Water” (Mincione Edizioni, Rome). Her latest “Water Is…” is currently an Amazon Bestseller and NY Times ‘year in reading’ choice of Margaret Atwood.