Fantasy and Myth in the Anthropocene – International Conference 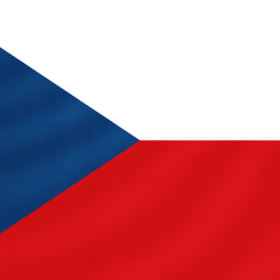 Fantasy and Myth in the Anthropocene – International Conference

Department of Czech Literature and Library Studies, Faculty of Arts,

“The relationship between myth and fantasy is a particularly convoluted one. … Both words have so many meanings and applications that they can be synonyms or direct contraries.” – Brian Attebery, “Stories about Stories”

“The Anthropocene is a belief that humanity has already changed the living world beyond repair … [and that] the destiny of the planet is to be completely overtaken and ruled by humanity. … Like most mistaken philosophies, the Anthropocene worldview is largely a product of well-intentioned ignorance.” – Edward O. Wilson, “Half-Earth: Our Planet’s Fight for Life”

Myth and fantasy have always been forms of collective dreaming.

They offer metaphorical grounding in existing reality but inspire imagination to conceive of a world that is different. Humanity has used myth and fantasy as vehicles for exploring the notions of heroism, group identity, power and destiny; for asking questions about the meaning of life, ethics, and happiness; for expressing social criticism and speculating about the supernatural. What do these questions mean at a time when human activity has been altering the planet in game-changing ways? How can myth and fantasy be used for hopeful dreaming that is not escapist? Can they point a way to restoring the connection with the natural rather than the supernatural? Can they articulate a vision of non-anthropocentric life, in which humans are part of rather than rulers of the biosphere?

This conference aims to explore the challenges and opportunities for myth and fantasy that have arisen out of highly contested debates over climate change, pollution, habitat extinction, mass pauperization and migrations, and other effects of global capitalism’s assault on the natural and human world—an assault otherwise known as “growth and development.”

If myth and fantasy remain relevant vehicles for hopeful dreaming, how do they operate in the Anthropocene?

Do they accept, ignore, or challenge the Anthropocene’s assumptions?

Most of all, can fantasy and myth help us rethink what it means to be human at the time Amitav Gosh has dubbed “The Great Derangement”?

We invite scholars, graduate students, artists and independent researchers from all fields across the humanities, education, and social sciences.

Across this broad spectrum, we invite participants to examine, interpret and explore the various aspects of fantasy and myth in the Anthropocene.

Presentations on the theme are encouraged but not required.

Fantasy and Myth in the Anthropocene, October 3-5, 2018 Department of Czech Literature and Library Studies, Faculty of Arts, Masaryk University in Brno, Czech Republic

Relevant topics may include:

• • The Anthropocene as represented in fantasy, including fantasy art

• • How fantasy engages with, or avoids the Anthropocene’s moral, ethical, and political challenges

• • Magical beliefs about the Anthropocene

• • Indigenous and global fantasy vs the Anthropocene

• • Fantasy as a modern form of mythmaking

• • Fantasy, ecopoetics, and the ethos of “greenness”

• • Ecocritical and/or Anthropocene readings of myth and fantasy

• • Fantasy, myth, and the apocalypse

• • Fantasy of survival or resetting of the current civilization

Presentations need not be limited to the above topics or one mode of delivery. We encourage prospective participants to submit proposals for papers, panels, forums, workshops, multimedia events or propose new presentation formats.

Proposals may be submitted in English, Czech or Slovak.

Send an abstract of no more than 500 words accompanied by a short biographical note to fantastikabrno@gmail.com. The deadline for proposal submissions is February 28, 2018. Authors will be notified of acceptance by March 15. Except for the keynotes, all conference presentations will have to be delivered in 20 minutes. Conference Registration fee, payable by April 30, is €65. Authors of selected presentations may be invited to submit their essays for a peer-reviewed collection.

On behalf of the organizers,