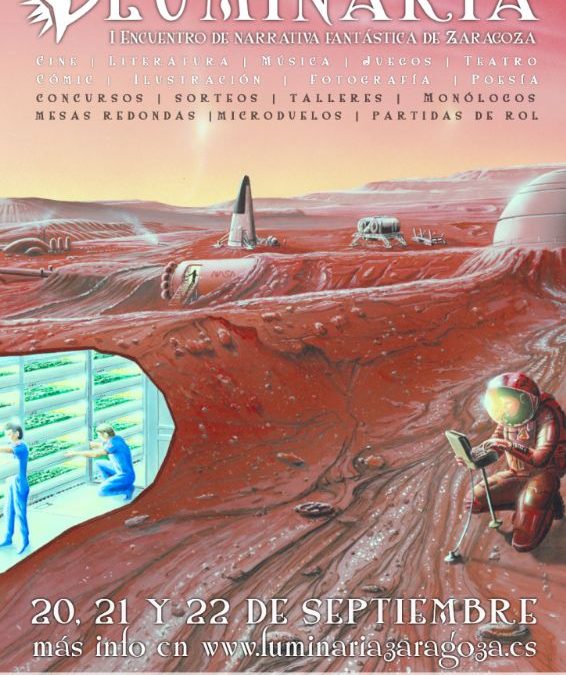 “Sexual roles in science fiction are as unalterable as the metal of a spaceship’s hull, and emancipation an unknown word” said Sam Lundwall in 1971.
Since then, more than 45 years have passed and the current fuselage’s malleability seems take the opposite of the words of the Swedish writer, translator and editor of the SF genre.

Feminism, in general, and feminist science fiction, in particular, are experiencing a sweet moment. Although the presence of authors
in this literary genre comes from the past, in recent years there is an international recognition, which is also reflected in the state of the literary
domain.

AnsibleFest, feminist science fiction festival, was organized in order to celebrate the contributions of women and other
non-hegemonic subjects to gender literature. Because the diversity of perspectives and characters enrich a genre whose raison d’être is to widen
the limits of the imaginable. Because we want to honor our genealogy and listen to new voices.”

AnsibleFest is the first feminist science fiction festival in Spain. Its second edition featured talks, workshops, screenings, music, publishing fair and other activities in its programming.

“Luminaria”, the fantastic narrative meeting in Zaragoza will celebrate its first edition in September 2019 and will be a multidisciplinary event
in which all kinds of writers, editors, artists and fans can have fun and enjoy what we like most: science fiction, fantasy and horror in all its variants, wonderful worlds, distant stars and unfathomable terrors.

Talks, monologues, games, contests, role, live performances and much more, in a relaxed and pleasant atmosphere, within Zaragoza, the city of gastronomy, culture and hospitality as an incomparable setting to live a weekend full of sense of wonder, world building and the occasional
chill.”

”Luminaria, the fantastic narrative meeting in Zaragoza, was born with the intention of promoting science fiction, fantasy, terror and horror in all
its slopes.

We want you to have everything: talks, monologues, games, contests, role playing, live performances and much more, in a relaxed and enjoyable atmosphere.

Zaragoza is a very special city, well connected, full of places to visit such as the Roman ruins in the old town, the fortified medieval palace of the
Aljafería or the iconic Basilica del Pilar. Adding to that its gastronomic, hospitality and nightlife offer, we have an incomparable setting to live a weekend full of sense of wonder, world building and the occasional chill. ”