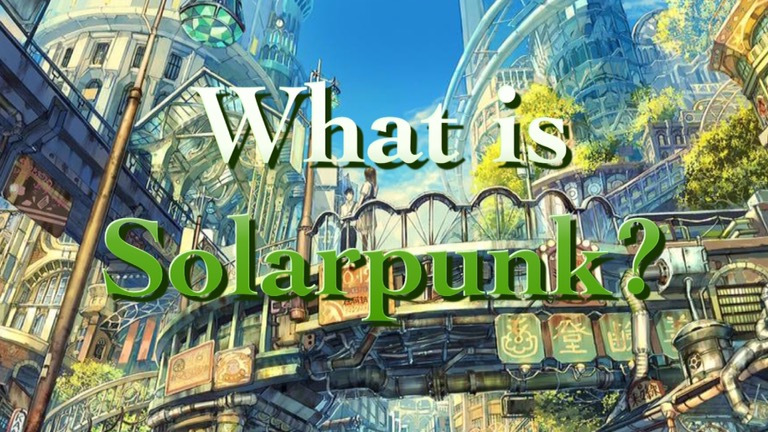 “From the perspective of the early 21st century, things look pretty grim.

A deadly cocktail of crises engulf the people of planet Earth and all other forms of biotic life which share it: a geopolitical crisis, an economic crisis, and a worsening ecological crisis due to global warming, which stems from a political-economic system that requires fossil fuels to power its technostructure.

Culture, having as it does a symbiotic relationship with material conditions, reflects a lot of these crises in fiction and the arts.

The 2000s and 2010s were replete with apocalyptic imagery of a future ravaged by war, totalitarianism, runaway weapons technology, killer viruses, zombies, and environmental collapse.

In the end, that means reproducing the pervasive cynicism and despair which makes all crises seem inescapable.

This is why SOLARPUNK is of value. 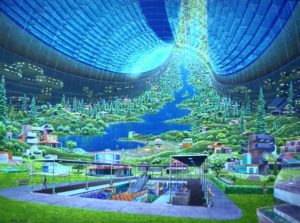 SOLARPUNK IS A REBELLION AGAINST THE STRUCTURAL PESSIMISM IN OUR LATE VISIONS OF HOW THE FUTURE WILL BE.

SOLARPUNK RESIST THE PRESENT BY IMAGINING A FUTURE THAT REQUIRES RADICAL SOCIETAL CHANGE. RADICAL, PERHAPS, BUT NOT RADICALLY IMPOSSIBLE.”

“The term “solarpunk” has been steadily gaining momentum in the English-speaking world to describe an aesthetic of hopeful, eco-friendly futures, stories that try to shift us away from the dystopian mindset that has been so prominent in recent science fiction. 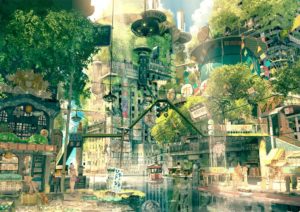 Solarpunk is a genre of Speculative Fiction that focuses on craftsmanship, community, and technology powered by renewable energy, wrapped up in a coating of Art Nouveau blended with Ethno influences.

It envisions a free and egalitarian world with a slight bend toward social anarchism.

Standing as both a reaction to the nihilism of Cyber Punk and a solution to a lot of the problems we face in the world, Solarpunk works look toward a brighter future (“solar“) while deliberately subverting the systems that keep that brighter future from happening (“punk“). 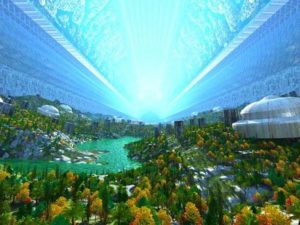 The “SOLAR” in SOLARPUNK is both a description and metaphor for the movement’s commitment to a utopia that is accessible to every human on earth, as well as to all of our planet’s lifeforms.

No single business can capture and privatize sunlight to hoard it for itself or sell it at a cost. It’s one of the only universally accessible goods.

SOLARPUNK futures envision a world of distributed clean energy, available and benefiting everyone. 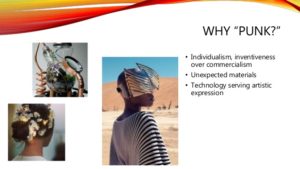 So what is the “PUNK” in Solarpunk?

“It’s easier to imagine the end of the world than the end of capitalism,” says Mark Fisher, author of “Capitalist Realism. Is There No Alternative?” quoting Fredric Jameson.

Stopping or turning around the most heavily funded sinking ship is a near impossibility, and that is the precise challenge of most environmental groups.

The most powerful people in the world rely on the status quo.

Fighting against all the momentum and money that is invested in destroying the environment is as big of a battle as one could imagine. In other words, it’s SUPER PUNK. 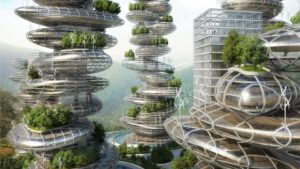 Solarpunk is a type of eco-conscious science fiction that imagines an optimistic future founded on renewable energies. It might take place in a wind-powered skyscraper or on a solar-powered robotic farm, in a bustling green-roofed metropolis or in a small but tech-saavy desert village.

Keep it planet-based (Earth or other), and optimistic.

In a fictional sense, solarpunk sits across the table from “climate fiction“/cli-fi.

In recent years, the term cli-fi has moved from a fringe concept to a marketable genre of fiction. Coined in the first instance by Dan Bloom, it has grown so big that scholarly researchers are able to produce studies of the conventions. New novels and short story collections are now published in this category each year.

Cli-fi, in both film and fiction, tends towards dystopia.” 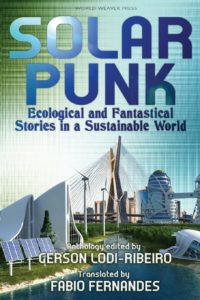 The first book that explicitly identified as solarpunk was 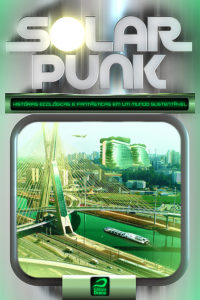 This is the first English translation of a groundbreaking Portuguese  language anthology of science fiction stories set in sustainable future worlds.” 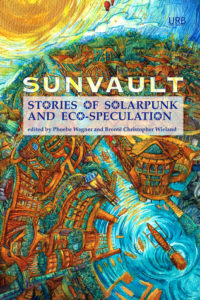 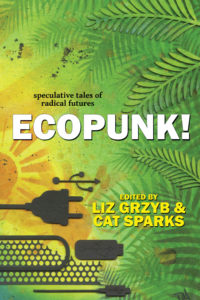 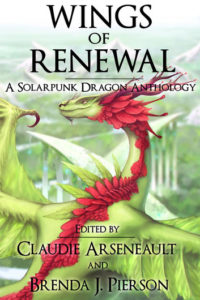 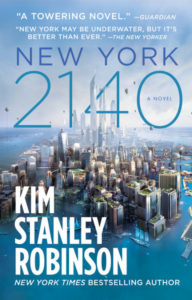 Hugo and Nebula award winner Kim Stanley Robinson’s book, “New York 2140” (2017), is, according to Sarena Ulibarri, “hitting all the same buttons” as Solarpunk.”

“Solarpunk fiction appeals to contemporary audiences interested in science fiction with an ecofriendly theme. This anthologies adds a nuanced and somewhat darker conceptualization to the genre, asking readers to consider the real possibility that the end of our environmental problems does not mean the end of human problems.“-World Literature Today

Disclaimer : All excerpts and images used are for non-commercial illustrative purposes. The images used in this site’s posts are found from different sources all over the Internet, are assumed to be in public domain and are displayed under the fair use principle.