The Centre for English Studies (ULICES) from the University of Lisbon is organizing between the 27th -30th of November, a conference called “The Messengers from the Stars II –  On Science Fiction and Fantasy“. What is this conference all about ? This conference aims at creating an interdisciplinary space of discussion for the debate of SF and Fantasy.

Well, and you can further read below:

“After the success of the first conference Messengers from the Stars, organized in 2010, we announce a second conference dedicated to the subject.

The valuable contributions of national and international participants (artists and academics), demand that such a rich theme continues to be explored. This is a wide universe with international tradition and recognition in several areas of modernity. The national and international promotion of Science Fiction and Fantasy has gathered a widespread and varied audience and fostered the open debate on theoretical and creative issues, which underlie this genre. The several fields through which this genre has spread – literature, cinema and other art forms – raise unique theoretical, aesthetical, ethical, ideological and social issues, which justify this second event.”

The program can be accessed here.

An anthology coordinated by Octavio dos Santos, Adelaide Serras and Duarte Patarra will be launched : “Mensageiros das Estrelas” (Messengers from the Stars) volume, published by the Fronteira do Caos Editores (The Chaos Border Publishing Press).

Between the 23rd to the 25th of November will take place in Lisbon at the City Library Orlando Ribeiro, the “Fórum Fantástico” convention organized by Rogério Ribeiro. Also a steampunk anthology will be launched, “Lisbon in the year 2000” (Lisboa no ano 2000), editor  João Barreiros and published by the Saída de Emergência Publishing Press. Among other things they will also host a Creative Writing workshop with the presence of Dan Wells, writer of “I’m not a Serial Killer”. 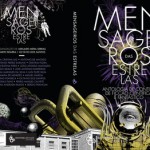 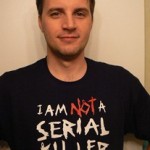 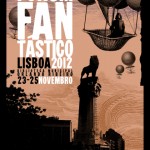 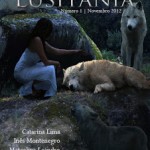 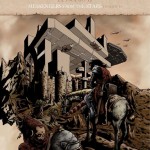 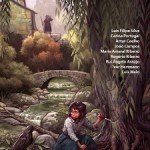 As from me, I have published another issue of the Dagon Magazine and I will publish one more issue of Dagon until the end of November featuring Kij Johnson, “26 Monkleys and also the Abyss” and a Portuguese writer called Fernando Correa Pina with a short story called “The Fever” and also a new issue of the Portuguese writers only magazine, “Conto Fantástico” featuring four Portuguese new authors.